I’ve been in the mood to get into some new music lately and more and more I’ve been getting into left-of-the-dial alternative rock. I found some really great music in Black Honey. The new album “Written and Directed” was written throughout 2019 and recorded in bits and bobs between touring, the album is lavished with a hedonistic, devil may care attitude. The album explores themes of womanhood, self-identity and has its fair share of empowerment anthems. The Brighton rocker’s sophomore record shows a different side to the band. You can tell that they have grown and developed into a driving force in Britain’s indie-rock scene. Now with more experience under their belt and a fresh set of new ideas they are now set to take their new record to the moon and back.

The album is fairly well produced. There a lot of fuzzy riffs and bold basslines and it all comes together quite nicely. The album has it’s moments where it goes full force rock and there are occasions it’s dialled back. The musicianship is simply fantastic with a commanding and grandiose hard rock approach that hits you with a tonne of force. The simple melodies allow for the concepts and ideas to just ooze from each individual track with the vocal work falling beautifully in the middle of the soundscape. In fact, the lyrics are sung with conviction and at times, glee. Every powerhouse anthem and sweet melody give make me love this band more and more.

My personal favourite songs from this album are “I Like the Way You Die” as you really get that, don’t give a s***, attitude from the vocal performance as fuzztasic riffs play out. “Beaches” is one of those bittersweet tunes where it sounds pleasant enough but underneath the surface, you hear the grit and harshness of the lyrics. It feels like an album made for the ’90s, the age of post-modern irony, where everything said has to be undercut to lessen the impact of what was just said.

I genuinely have really enjoyed my time with this record and this band. I hope when things get back to normal I can get to see them live in concert as I feel like this would a fun gig to be in the room for. I solid record and one that I think is needed in the year of our lord 2021. 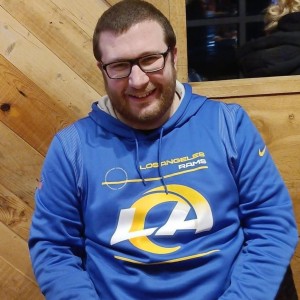 Weshootmusic.com shares the finest Concert photos as a Video Slideshow.
Subscribe to not miss a gallery of a show we cover....

This website uses cookies to improve your experience while you navigate through the website. Out of these, the cookies that are categorized as necessary are stored on your browser as they are essential for the working of basic functionalities of the website. We also use third-party cookies that help us analyze and understand how you use this website. These cookies will be stored in your browser only with your consent. You also have the option to opt-out of these cookies. But opting out of some of these cookies may affect your browsing experience.
Necessary Always Enabled
Necessary cookies are absolutely essential for the website to function properly. This category only includes cookies that ensures basic functionalities and security features of the website. These cookies do not store any personal information.
Non-necessary
Any cookies that may not be particularly necessary for the website to function and is used specifically to collect user personal data via analytics, ads, other embedded contents are termed as non-necessary cookies. It is mandatory to procure user consent prior to running these cookies on your website.
SAVE & ACCEPT
Loading Comments...