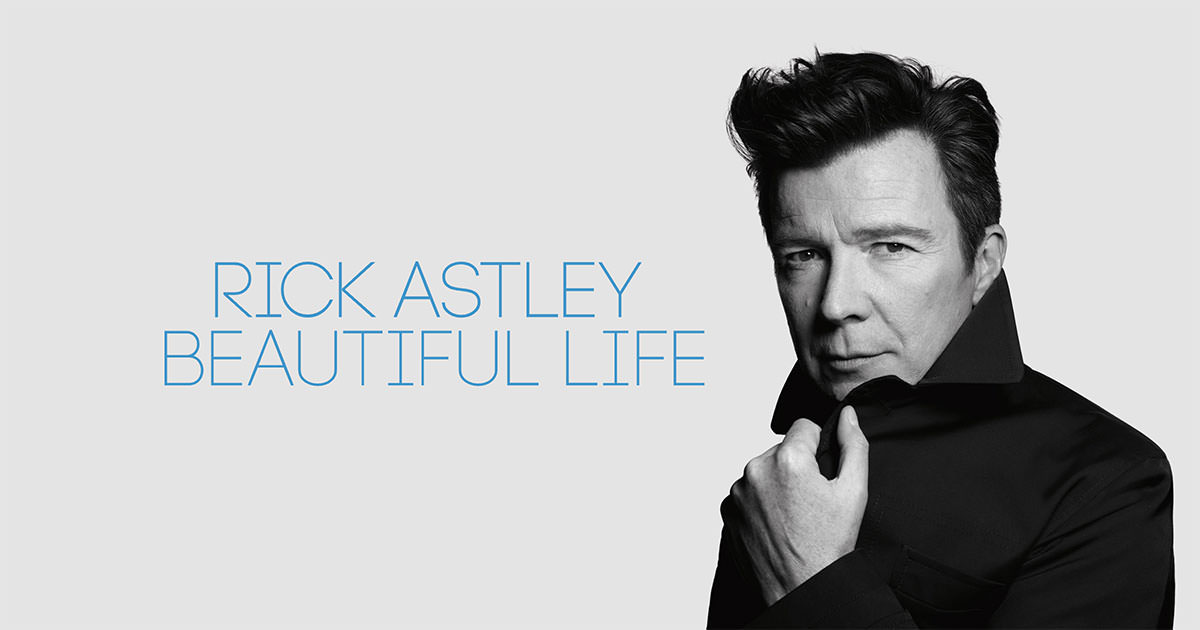 What a wonderful night of music and I mean it as well. So, having reviewed his latest album Beautiful Life on the site earlier this year, I was given the opportunity to see Rick Astley live. In all honesty, I had no idea what to expect from him. He has such an eclectic range of songs under his belt, the set really could have gone anywhere. Also, the show at the Manchester Arena, although not my favourite venue, it’s still always impressive to see a show there and make no mistake, this was a show! Even though it wasn’t filled to the brim, there was still a respectably large audience. I guess there are more fans of late-80’s nostalgia than I realised. Supporting him for the night was R’n’B superstar Gabrielle. She was a pleasant addition to the show and brought her own fanbase along for the night as well. The crowd was ready for a trip down nostalgia lane and the artists were more than willing to provide.

Gabrielle’s band was ready as she took to the stage. She was poised and held herself in a very confident way. The music was gorgeous and the live production sounded stellar. Gabrielle has a strong voice that floated through the arena and was complemented by the well-performed music. Her set was a great mix of old hits and her newer tunes. Obviously songs like “Out of Reach” and “Rise” got an amazing reaction from the crowd. On top of that, her material from the new record “Under My Skin” was received very well. Songs like “Shine” and “Show Me” were so beautiful and showed how she has grown as a songwriter over the years. Although she had a confident presence, you could feel her firing through her set. It didn’t affect the quality of the songs by any means but there was definitely that sense that time was limited for her. It actually makes me want to see her perform a full set, so she has time to breathe and interact with the crowd more. Which she couldn’t do in this supporting position.

Ending the set on the 90’s hit “Dreams” which, once again, got a big reaction out of the crowd. I loved how tight the band was and everything just felt on-point. It was a great set and Gabrielle really knew how to play to her strengths. Her voice well beautiful and the band were amazing. Her backing singers created this wonderful backdrop for her voice to shine. They also had some amazing moments of harmony. It was a great opening set and set the mood perfectly for what was to come. I went into this knowing very little of Gabriella and left much more acquainted with her music.

A giant screen was lowered from the ceiling and the lights went out. The crowd went nuts as Rick Astley strolled on the stage with his guitar. The opening tune “Try”, fresh from his new album Beautiful Life, was a great way to start. This big anthemic song that really showed off Rick’s voice well. I really like his new material and the new direction of his career. His shift towards the soul and adult-contemporary genres was a wise decision. It suits his voice a lot more and allows him to make music that has more class and passion. You can tell right off of the bat that Rick is more comfortable now then he was back in the day. He presents himself in such a confident way and clearly having fun on the stage. As the set went on his interaction with the crowd got better and better. His quips were punchy and entertaining to boot.

The setlist was well constructed and allowed him to work his way through his rather eclectic discography. I really liked the songs from his newer albums more. The songs from his album, 50 really resonated with me, songs like “Angels On My Side”, “Keep Singing” and “This Old House” really struck a chord with me and were some of my favourites. Also, the songs from Beautiful Life were great, in particularly “She Makes Me”, which was dedicated to his wife (and all women). A highlight of the night was Rick’s cover of George Ezra’s “Shotgun” which he intercut with the Paul Simon classic “You Can Call Me Al”. Where you could see Rick smile and run around the stage. Song after song the crowd was smiling, singing, dancing and clapping along and it created this wonderful atmosphere that was good to be a part of.

I want to take a moment to talk about Rick’s backing band. They were all simply phenomenal and really let Mr Astley shine as a performer. The live production was euphonious and well-balanced. Every member of that band sounded as good as they could have done. From the well-executed guitar to the funky bass. The keyboard created a nice ambience and the drums pulsated through the night. His backing vocalists were simply excellent. Their voices stood out and shined. They also provided some really nice harmonies for Rick to bounce off of. Like I’ve said, Rick had a fairly eclectic setlist, so this band was dynamic enough to keep up and let Rick, shine.

Ending the set on the ever-popular song “Never Gonna Give You Up”, the show came to a graceful and fantastic close. I will say, Rick Astley, is a phenomenal performer and an extraordinary singer. He knows how to entertain an audience and how to keep them invested all the way through a set. Although the night wasn’t a sellout, there was still a respectable crowd in the venue. The sound was great and the setlist was diverse, everything was fantastic. His passion for music and performing live is clear and you can feel that in every aspect of this show. I can’t believe I’m saying this but this might be up there as one of my favourite shows of the year.

Weshootmusic4 hours ago
Absolutely climbing the walls now. My camera trigger finger is like morse code on speed.
Papa Roach at Hellfest Open Air Festival to be more precise KNOTFEST